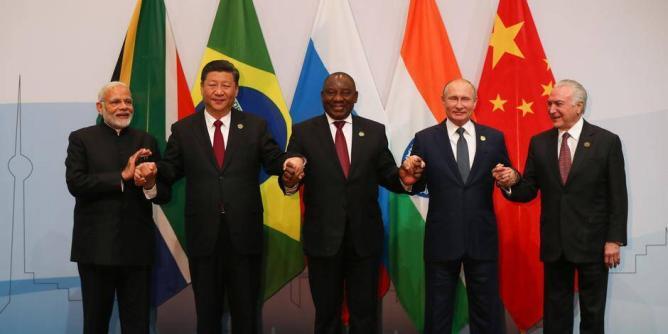 Fitch Ratings – Hong Kong – 23 Sep 2022: Fitch Ratings has downgraded Ghana’s Long-Term Local- and Foreign-Currency Issuer Default Ratings (IDRs) to ‘CC’, from ‘CCC’. Fitch typically does not assign Outlooks to issuers with a rating of ‘CCC’ or below.

KEY RATING DRIVERS
Increased Probability of Debt Restructuring: The downgrade reflects the increased likelihood that Ghana will pursue a debt restructuring given mounting financing stress, with surging interest costs on domestic debt and a prolonged lack of access to Eurobond markets. There is a high likelihood that the IMF support programme currently being negotiated will require some form of debt treatment due to the climbing interest costs and structurally low revenue as a percentage of GDP.

We believe this will be in the form of a debt exchange and will qualify as a distressed debt exchange under our criteria. The government has not confirmed or denied press reports that Ghana is preparing to negotiate a restructuring. Interest costs on external debt are lower than for domestic debt and near-term external debt amortisations appear manageable. However, we believe there could be an incentive to spread a debt restructuring burden across domestic and external creditors and therefore do not have a strong basis to differentiate between Foreign- and Local-Currency ratings at this time.

High Debt Service, Financing Constrained: Interest costs reached 47.5% of revenue in 2021 and 54% in 1H22. Interest payments on domestic debt comprise around 75% of total interest costs. This reflects high yields on domestic debt, which have climbed following a 34% yoy spike in inflation as at August 2022 and monetary tightening, with the Bank of Ghana hiking its policy rate to 22.0%, from 14.5% in February. Yields on the 91-day treasury bill reached 27.0% in August, up from 12.5% in August 2021, and 10-year yields have spiked to above 35% in September, from around 20% in 1Q22.

Limited Access to External Financing: We expect external financing access to stay limited until at least an IMF programme is agreed, as Ghana is likely to remain locked out of Eurobond markets, which had been the country’s regular source of external financing. The government obtained a USD750 million term loan from African Export-Import Bank (BBB/Stable this year and USD250 million in syndicated loans from global commercial banks. It can also use its sinking fund. We estimate Ghana faces around USD3 billion of external debt service costs in 2023, including amortisation and interest.

Continued Reserve Pressure: We expect persistent downward reserve pressure in the absence of an IMF programme. Official reserve assets fell to USD7.3 billion in June, from USD9.8 billion in 2021 and gross international reserves, excluding oil funds and encumbered assets, totalled USD7.1 billion in March, the latest figure available. The exchange rate has weakened by 40% year-to-date against the US dollar, reaching GHC10:USD1 in September, potentially made worse by the drop in non-resident investment in local-currency debt. Non-resident holdings were GHC23.1 billion at end-August, or 4% of Fitch-forecast 2022 GDP.

IMF Programme Pending: The government reversed its long-standing position against seeking IMF support in July 2022 and we believe a deal with the IMF is likely within the next six months. Ghana has indicated it could request USD2 billion-3 billion and the programme could unlock budget support from other official lenders. However, we believe a restructuring will be deemed necessary, with local-currency debt treatment potentially included prior to IMF approval, as the IMF is unable to provide financing where it assesses a country’s debt to be unsustainable.

The most recent IMF debt sustainability analysis, conducted in 2021, found Ghana at a high risk of debt distress and vulnerable to shock to market access and high debt servicing costs. Interest costs have risen substantially since then.

Limited Space for Fiscal Consolidation: We expect high interest costs and low revenue to impede fiscal consolidation. The medium-term fiscal framework in the 2022 budget envisaged narrowing the deficit to below the 5% of GDP ceiling by 2024, based on the expiry of pandemic-related expenditure and higher domestic revenue, driven by new taxes, including an electronic transaction levy. However, implementation delays led to lower revenue and a larger nominal deficit in 1H22 relative to budget forecasts. The government’s slim majority in parliament could frustrate attempts to raise tax rates or implement new taxes.

Partially Guaranteed Note Could Be Excluded: We affirmed the rating on Ghana’s partially guaranteed note backed by the World Bank’s International Development Association as the note may be excluded from a debt restructuring even if other Eurobonds are included.

ESG – Governance: Ghana has an ESG Relevance Score (RS) of ‘5[+]’ for both Political Stability and Rights and for the Rule of Law, Institutional and Regulatory Quality and Control of Corruption. Theses scores reflect the high weight World Bank Governance Indicators (WBGIs) have in our proprietary Sovereign Rating Model. Ghana has a medium WBGI ranking at the 53rd percentile, reflecting a recent record of peaceful political transitions, a moderate level of rights for participation in the political process, moderate institutional capacity, established rule of law and a moderate level of corruption.

Ghana has an ESG Relevance Score of ‘5’ for Creditor Rights, as willingness to service and repay debt is relevant to the rating and is a rating driver for Ghana, as for all sovereigns Ghana’s restructuring of public debt in 2006 has a negative impact on the credit profile.

RATING SENSITIVITIES
Factors that could, individually or collectively, lead to negative rating action/downgrade:
-Announcement of a debt exchange offer that Fitch would consider as a distressed debt exchange would lead to a downgrade of the relevant IDR and affected issuances.

– Signs that the partially guaranteed notes might be included in a restructuring could lead to a downgrade of the rating on the notes.

Factors that could, individually or collectively, lead to positive rating action/upgrade:
– Evidence that local- or foreign-currency debt would be excluded from an overall effort to address Ghana’s debt pressure could lead to an upgrade of the relevant IDR and affected issuances.

– Signs that an IMF programme will not require any restructuring and that solvency and liquidity pressure can be addressed with fiscal consolidation.

SOVEREIGN RATING MODEL (SRM) AND QUALITATIVE OVERLAY (QO)
Fitch’s proprietary SRM assigns Ghana a score equivalent to a rating of ‘B’ on the Long-Term Foreign-Currency IDR scale. However, in accordance with its rating criteria, Fitch’s sovereign rating committee has not utilised the SRM and QO to explain the ratings in this instance. Ratings of ‘CCC+’ and below are instead guided by the rating definitions.

Fitch’s SRM is the agency’s proprietary multiple regression rating model that employs 18 variables based on three-year centred averages, including one year of forecasts, to produce a score equivalent to a Long-Term Foreign-Currency IDR. Fitch’s QO is a forward-looking qualitative framework designed to allow for adjustment to the SRM output to assign the final rating, reflecting factors within our criteria that are not fully quantifiable and/or not fully reflected in the SRM.

REFERENCES FOR SUBSTANTIALLY MATERIAL SOURCE CITED AS KEY DRIVER OF RATING
The principal sources of information used in the analysis are described in the Applicable Criteria.

ESG CONSIDERATIONS
Ghana has an ESG Relevance Score of ‘5[+]’ for Political Stability and Rights as WBGIs have the highest weight in Fitch’s SRM and are therefore highly relevant to the rating and a key rating driver with a high weight. As Ghana has a percentile rank above 50 for the respective Governance Indicator, this has a positive impact on the credit profile.

Ghana has an ESG Relevance Score of ‘5[+]’ for Rule of Law, Institutional & Regulatory Quality and Control of Corruption, as WBGIs have the highest weight in Fitch’s SRM and are therefore highly relevant to the rating and are a key rating driver with a high weight. As Ghana has a percentile rank above 50 for the respective Governance Indicators, this has a positive impact on the credit profile.

Ghana has an ESG Relevance Score of ‘4[+]’for Human Rights and Political Freedoms, as the Voice and Accountability pillar of the WBGIs is relevant to the rating and a rating driver. As Ghana has a percentile rank above 50 for the respective Governance Indicator, this has a positive impact on the credit profile.

Except for the matters discussed above, the highest level of ESG credit relevance, if present, is a score of ‘3’. This means ESG issues are credit-neutral or have only a minimal credit impact on the entity, either due to their nature or to the way in which they are being managed by the entity. For more information on Fitch’s ESG Relevance Scores, visit www.fitchratings.com/esg 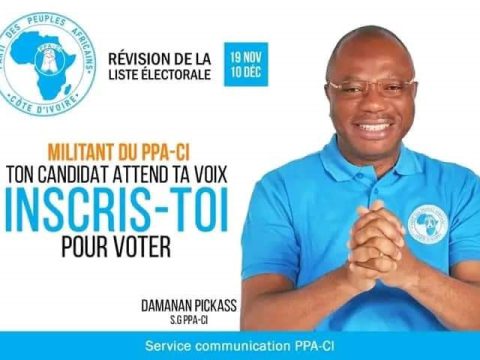 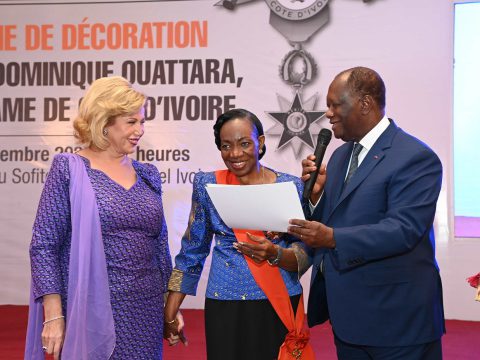 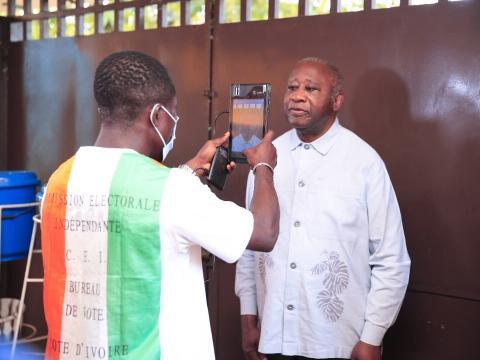 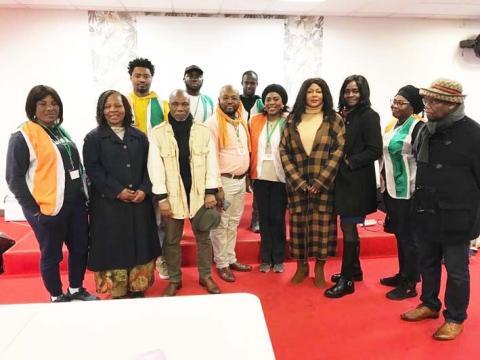 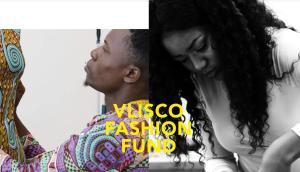 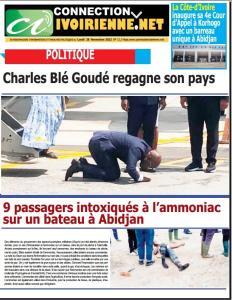 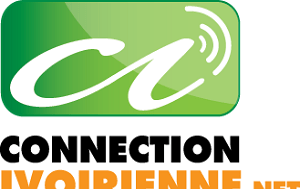